About the University Libraries

Welcome to the Libraries 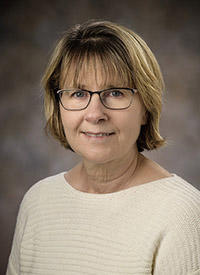 The University Libraries are the scholarly information center for the university. In support of the university's mission of educational excellence, the Libraries collect, organize, preserve, and facilitate access to scholarly resources in all formats; support teaching, learning, and research in an intellectually open environment; and provide instruction in the use of traditional and new information resources and technologies.

The University Libraries uphold the mission of Wright State University by providing exceptional research services and resources to facilitate faculty and student success and by fostering innovation and lifelong learning in our diverse community.

We are committed to promoting an educational, cultural, and work environment that is responsive to Wright State University's increasingly multicultural community. Accordingly, the Libraries will foster and encourage sensitivity to diversity among its patrons and staff and will continuously work to further the intellectual diversity of its collections and services.

Wright State's University Library was dedicated in 1973 and then renamed in 1992 to honor Dayton-born Paul Laurence Dunbar. Planned by architect Don Hisaka, the building was the cover photo for the August 1975 Architectural Record. The library is known for its triangular shape and for its skylit, multi-story atrium.

A full-scale replica of the 1903 Wright Flyer is suspended in the atrium of the library. It was conceived and built by a dedicated group of volunteer model makers, mechanics, engineers, woodworkers, and seamstresses under the leadership of Howard R. DuFour. After more than 4,000 hours of volunteer time, the 1903 Wright Flyer was completed in September 2001 and made its ascent in the library atrium. It celebrates the accomplishments of the Wright brothers, who first achieved controlled powered flight on December 17, 1903, above the sands of Kitty Hawk, North Carolina. Wright State University is named for Wilbur and Orville Wright, printers and bicycle makers from Dayton, Ohio, whose curiosity about flight led to the research and development that culminated in the building of the 1903 Flyer. The replica is dedicated to Wilkinson "Wick" Wright, great nephew of the Wright Brothers and generous friend and supporter of the Wright State University Libraries. It is also a tribute to the volunteers who donated their skills and time to create the Flyer and encourage the spirit of invention in each of us. Learn more about the replica project in the book, A Dream Fulfilled, available online in CORE Scholar.